East Africa is widely regarded as a fantastic year-round safari destination. Its temperate climate, seasonal migration, and abundant resident wildlife mean there is no single best time for a safari in East Africa. The most important thing to keep in mind when planning your East African safari is how the rainy and dry seasons influence the game viewing experience and how the rains drive the Great Wildebeest Migration.

The short rains from October to December, are characterized by short-lived, dramatic afternoon downpours. Despite these bursts of rainfall, an East African safari during this time is very rewarding. With plenty of resident game and fewer vehicles and tourists about, the game viewing experience is less crowded.

While the exact timing is different every year, by early to mid-October, the migration has usually left the Masai Mara and crossed into Tanzania. However, this is still an excellent time to go on safari in the Maasai Mara National Reserve. By November, many of Mara's resident wildlife have started giving birth to their young, and keen wildlife photographers are spoiled for choice with newborn calves, foals, fawns, cubs, and pups sightings.

The onset of the short rains sees wildebeest organizing into mega herds as they make their way down from the Masai Mara in the north onto the eastern plains of the Serengeti and the northern parts of the Ngorongoro Crater Conservation Area in Tanzania. This is a great time to take advantage of lower accommodation rates and fewer crowds and to go on safari in Tanzania's Serengeti National Park.

In the wake of the short rains, January to late February and early March is a popular time in the southern Serengeti and Ndutu regions of Tanzania, where the great herds assemble on the vast green plains for the annual calving season. The herds and newborn calves attract predators, of course, so the game viewing is dramatic with frequent predator sightings.

Calving season is an exciting time to go on safari in the greater Ngorongoro Crater Region, which includes Ndutu (adjacent to the southern plains of the Serengeti). Wildlife enthusiasts can expect a classic Big Five safari experience in the ancient volcanic caldera of Ngorongoro that is home to an abundance of animals. Or head to Ndutu and watch the action of the calving season unfold.

High visitor numbers can be expected in the Ngorongoro Crater between December and February which means you'll need to book well in advance to secure accommodation. Ndutu is equally crowded, and some camps are booked up to a year or even two years in advance by groups wanting to experience the calving season of the great wildebeest herds.

Kenya's Rift Valley lakes also see a hive of activity in January and February. Lake Nakuru is visited by hundreds of thousands of lesser and greater flamingos, along with other water birds, turning the area into a birdwatcher's paradise. Game drives provide the opportunity to see buffalo, Rothschild's giraffe, eland, black and white rhino, warthog, baboon, waterbuck, large numbers of impala, and the occasional leopard.

March to May (long rains)

The long rains (characterized by heavy showers for a few hours most days) usually arrive in late March and last until the end of May. Some safari veterans consider the low or green season one of their favourite times to escape to the Serengeti, Ndutu, or Lake Manyara in Tanzania or Kenya's Masai Mara when room rates are low and national parks and game reserves are less crowded.

With fewer visitors around during the low season, wildlife enthusiasts will have much of the Ngorongoro Crater to themselves and, compared to the dusty dry season, the crater is lush and green. The only downside is muddy roads (vehicles sometimes get stuck) and limited visibility during heavy downpours.

In Kenya, Laikipia's vast and sprawling landscape transforms into lush grasslands and there's an explosion of newborn animals, especially antelopes. While roads can get muddy and somewhat difficult to navigate and walking trails may be slippery, the safari experience is far more intimate and the beautiful contrasts the clouds present against the brooding skies provide an excellent backdrop for photographs.

During the East African dry season from June onwards, tourists arrive in larger numbers once the northern hemisphere summer holidays start. Safari enthusiasts can expect classic dry-season game viewing as animals gather at permanent water sources. Dry and sunny weather along with the promise of witnessing millions of wildebeest on the move draws large numbers of visitors and accommodation and tours need to be booked well in advance.

The search for grazing drives millions of wildebeest northwards from the Grumeti River towards the Mara River where gigantic crocodiles lie in wait for the wildebeest to make the perilous river crossing. Large cats also make an appearance and the stage is set for one of the most dramatic wildlife spectacles in Africa, the Great Wildebeest Migration as well as the perilous river crossings that go with it.

The timing of river crossings is hard to predict, and you can't really plan a safari around a guaranteed river crossing. Your best option is to plan for at least a week in northern Tanzania or Kenya's Masai Mara during the peak season (August and September) and hope for the best. It is not uncommon for dozens of vehicles with hopeful tourists to wait quietly for hours or even days as the herds throng together in their thousands on the riverbank, waiting to cross.

During August and September, once the herds have crossed into Kenya (remember there is no fence between Tanzania's Serengeti and the adjacent Masai Mara Reserve in Kenya), the Masai Mara's lush plains are flooded with grazing wildebeest. Kenya's migration season is short but busy. From mid-July to the end of September, game viewing is at its peak, but so are visitor numbers. Accommodation rates are at their highest and bookings need to be made well in advance.

The beautiful Tarangire National Park with its spectacular baobab trees is smaller and less well-known than other national parks and game reserves in Tanzania but is well worth a visit between July and October when the Tarangire River draws vast numbers of wildlife. Safari-goers can expect superb elephant viewing and the chances of witnessing some top predator action are high.

Combining the Serengeti with the Masai Mara

Combining a migration safari in Tanzania's Serengeti and Kenya's Masai Mara is not ideal because the border crossing is not simple and direct. You cannot cross from one park directly into the other. Combining them involves a lot of time and money, either combining a couple of charter flights plus road transfers (which takes most of the day) or by booking a scheduled flight between Nairobi and Kilimanjaro (with additional local flights on either end). In both cases, you will lose a day to travel, as well as the cost of two or three flights. We don't recommend it. The best option is to choose one of the two destinations, based on where the migration is likely to be (if you specifically want to see the migration) and build an itinerary around that. It makes more sense to combine the Serengeti or Masai Mara with other game reserves in the same country.

One thing to keep in mind is that the migration does not run by a Swiss clock, and the map above is merely a rough guideline. Every year the timing is slightly different, depending on rainfall. The migration patterns and routes can also vary, it is not an exact science.

Another thing to keep in mind is that the migration season is not the only reason to visit, and not the only time you can see wildlife. Both Kenya's Masai Mara as well as the central Seronera region of Tanzania's Serengeti National Park have plenty of resident wildlife all year round. The same is true of the Ngorongoro Crater and other game reserves in East Africa.

What is clear is that there is no perfect month or best time for a safari to East Africa. It is a great year-round safari destination, and each season has its advantages. Factor in your budget, your appetite for crowds and busy sightings, and what you are hoping to see (predators, the great migration, river crossings, or general wildlife). If in doubt, chat to one of our East Africa safari experts who will help design a custom itinerary for you that matches your requirements perfectly.

What is your favourite time of year to go on safari in East Africa? Let us know in the comments.

You may also want to look at

On safari in East Africa - Is it everything it's cracked up to be?

The debate rages on – which is the best African safari destination? Southern Africa – or East Africa? Another one of our team visited Tanzania to see for himself ...

The Masai Mara: Is it worth visiting outside of migration season?

The Masai Mara in Kenya is most famous for the annual wildebeest migration, which peaks around August and September. But is this reserve worth visiting outside of migration season, after the great herds have moved on?

Kenya's Masai Mara is one of the best places to witness a cheetah hunt. One of our regular guests, Trish Monck, was lucky enough to capture this thrilling cheetah hunt on video. And there's something unique about this famous cheetah coalition in the Mara, and the way they hunt. 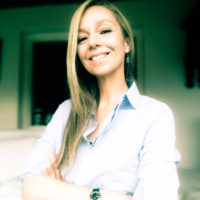 Dianne Kokkonidis was born in Johannesburg, grew up in the Transkei and spent years exploring Europe. She returned to South Africa to live on a farm in the Outeniqua Mountains when the call of Africa got too loud to ignore. She comes from a family of storytellers, so it's no surprise she's now found her way into writing about one of the oldest stories known to mankind - the lure of Africa.

Onne Vegter is the managing director of Wild Wings Safaris. He has a deep love for Africa's people, wildlife and natural heritage. Onne has travelled to most of Africa's top safari destinations and his writing is based on years of personal experience in the safari industry. Follow him on Twitter at @OnneVegter.